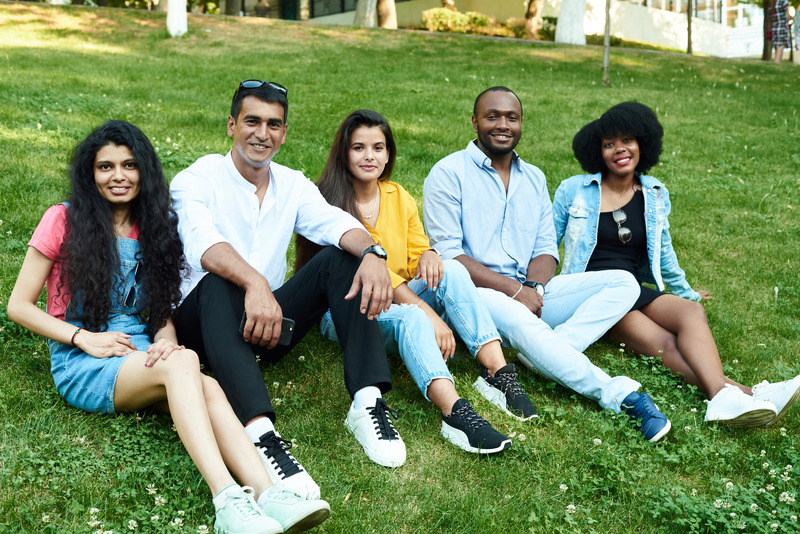 There are no races, but our brains are still “racist”!

A swarm of bio-electrical pulses moving in all directions, firing billions of neurons connected together; a skein of ultra-specialized cells, synapses, and neurons we usually refer to as the brain, i.e. the sexiest and most mysterious thing on earth as considered by many. Speaking of grey matter, the last edition of the Pordenonelegge literary festival before the Covid-19 pandemic was a great occasion to feed and exercise participants’ intellect as usual.

Einstein’s experience mentioned at the beginning of this blog came to my mind during one of the 2019 festival’s events. Besides literature, in fact, Pordenonelegge is a refreshing update about what’s going on in other fields too, such as sciences and journalism. I already wrote about it here extensively. One of its characteristics I appreciate the most is that this exhibition is amazingly helpful to find links across different domains of human knowledge, even if they have nothing or very little in common. In the space of a few days, visitors can attend several talks that — apparently — are totally unrelated. Nevertheless, the audience often uncovers unexpected connections between the discussed topics. During the 2019 edition, I had such an aha moment after attending two speeches, one by Philosopher of Science Telmo Pievani and the other by linguist Andrea Moro.

Moro is a skilled scholar as much as a disseminator. His speeches are always engaging and are able to effectively convey the concepts expressed. I remember that the very first Moro’s presentation I attended many years ago was on the verb to be. For more than an hour, he captivated the attention of the audience, sharing a lot of interesting insights about this verb. For instance, he pointed out that several languages don’t even have it, which is quite surprising for us Westerners — how in the world would Shakespeare have been able to phrase his world-famous question without this verb? Another extremely intriguing aspect of Moro’s presentations is his ability to show how the study of languages allows one to make discoveries even in fields other than linguistics. This was precisely the case in 2019. In short, he explained how some studies had shown that the fundamental mechanisms on which languages rest were universal. In other words, they are the same for all human beings, despite the multiplicity of languages existing in the world, which look so different phonetically, syntactically, and grammatically. In essence, Moro illustrated how such experiments and studies allowed linguists to determine that there is in fact only one “core” language in the world.

As for Pievani — also a very skilled popularizer of scientific breakthroughs —, he spoke about an equally fascinating topic, namely the relationship between natural evolution and culture. In 2019, he curated a new edition of Cultural Evolution. This book was written by his mentor Luigi Luca Cavalli-Sforza, who is described by Stanford Medicine’s website as a “giant in population genetics.” When Cavalli-Sforza wrote this book, the scientific community had no doubt about the fact that the natural evolution/culture relationship was one-way. Nonetheless, he was the first author who questioned this rule and he proved that culture can influence natural evolution as well. During the presentation, Pievani cited a few examples that clearly demonstrate this fact. For example, the introduction of cooking food — which is a cultural fact — in prehistoric times resulted in an effect at the biological level such that today we are dependent on it. In other words, we could not live on raw foods alone. Another example of extreme relevance for the 21st century regards the so-called digital natives. These still ongoing studies focus on the massive use of digital tools from a very young age and how this habit affects the brain biologically. But returning to the topic of this blog, during his speech Pievani recalled several times how biology had long since demonstrated unequivocally that there is only one human race, no matter what racist movements might think. Speaking of DNA, for instance, this discipline discovered that 99.4% of our DNA is equal for all human beings, proving that we all descend from a common ancestor (and that Einstein’s observation was totally sound, by the way). At the end of the day, although linguistics and biology observe completely different phenomena and their approaches are therefore quite dissimilar, these two disciplines surprisingly came to the same conclusion about the uniqueness of the human race.

As we all have the same ancestors, we should expect to be all alike, shouldn’t we? As a matter of fact, it’s clear that there are definite physical differences among the populations of our planet. Isn’t it fascinating that the apparently insignificant, differentiating 0.6% fraction of our DNA is responsible for such huge diversities? But what’s even more fascinating is how our brain has learned to deal with this diversity over the course of its evolution. Professor Pievani explained this fact by referring to the results of a really interesting experiment. A group of researchers observed what happens in the amygdala of people when they are put in front of an unknown person who belongs to a different ethnic group, characterized by very different physical traits. In this case, the amygdala — which is considered responsible for emotional responses such as fear, anxiety, and aggression — triggers a “defensive” reaction within a few milliseconds. The conclusion is that, evidently, our brain has wired a mechanism whereby those who are not perceived to belong to its ethnic group are automatically classified as a potential danger to its safety — this is why I provocatively used the term “racist” in the title. This is not so surprising if we bear in mind that a large part of the evolutionary path of humans has taken place in social groups limited to a few hundred people, therefore very homogeneous physically. But what is even more interesting is another result from the same experiment. Researchers found that when the person of the other ethnic group is well-known, for example because he or she is a celebrity such as a sportsman or an actress, there is no evidence of any reaction from the amygdala! Although this kind of process occurs automatically and at a completely unconscious level, the cultural aspect — i.e. recognizing the other person — prevails and silences the biological mechanism. Amazing, huh?

Once again, this discovery shows us the power of rational thought and what is probably its most illustrious byproduct, Science (capitalized). Free of ideology and heedless of political correctness, rationality helps us to get closer to the reality of things. Of course science — not capitalized — is imperfect. It is practiced by human beings and, as such, it suffers from their flaws, their biases, and their personal interests. Nevertheless, it embodies the strength of momentary truth until someone will replace it with an even more solid one — i.e. the core of the scientific method. By proceeding in an “aseptic” and neutral way, on the one hand science tells us that the existence of human races is nonsense. On the other hand, however, it also tells us that our brain is fully aware of the diversity, which makes our species so rich and varied, whether you like it or not.

PS: I am aware that talking about diversity is a slippery matter nowadays. I really hope that this post will not be misunderstood by my readers and will not offend any of them. This is definitely not my purpose.