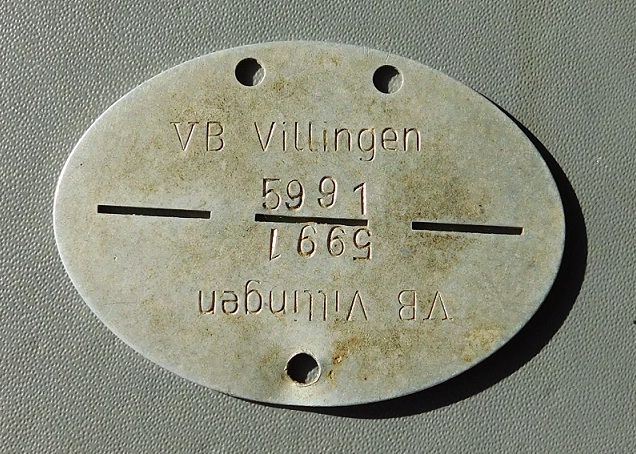 On September 1st, I received a message from Paul[1], an Italian-Canadian man who came across my blog while googling around to search for information about the history of his father.

During his research, Paul found my article about the imprisonment of my maternal grandfather in the middle of WWII. Like my grandfather, Paul’s father was an Italian Military Internee (IMI). When Paul read my post, he found that my grandfather’s history was similar to his father’s. So he kindly asked me if I could provide him with information useful to reconstruct his father’s misfortunes. His father was not willing to talk about the war very much when he was still alive.

After the first email written by Paul, we exchanged several messages. In every email, Paul shared a new bit of his father’s history. Even though I hadn’t known Paul before we got in touch through email, I felt immediately that we had something in common. As relatives of people who had been through the same adversities during WWII, we both carry the painful memories of these people’s suffering and humiliation. For instance, he told me that when his father managed to get back to his hometown in Sicily, he weighed 35 kg. This is the identical weight of both my grandfathers when they returned home after the war. This is a shocking number that quite possibily marks a border between life and death.

Because of this sense of commonality, I have been very happy to help Paul the best I can. I told him how I managed to get my grandfather the Medal of Honor in recognition of his refusal to join the Nazi army. Hopefully, Paul’s father will receive the same acknowledgment, which he fully deserves.

Initially I could not be very helpful regarding Paul’s father story, however, as his father was imprisoned in a different work camp than my grandfather—specifically, Stammlager V-B, which was located close to the town of Villingen. Anyway, I didn’t give up and I tried to google around to find information about this camp. After digging for a while, I discovered the existence of a book that seemed to be very interesting because its title referred explicitly to the stories of the prisoners kept in the Stalag V-B. Although I also found the name of the author, Paul couldn’t buy a copy of the book because no online store sold it. Then I tried a different strategy; that is I used Google to look for more information about the author, Marco, who lived near Milan. At the end of the day, I wrote three emails: one to the public library where he presented his book several years ago; one to an association of which he had been president for many years; one to a local newspaper with which the had been collaborating for decades. After some days, the newspaper office answered my email. Finally, I managed to get Marco’s email address! I immediately wrote him an email to introduce myself and to explain how I found him. Marco answered my email promptly and we agreed to set up a phone call. The call was very long and intense. Again, I felt the same sense of commonality and sharing that I experienced when Paul had contacted me. And once again I had to hear the same horrible, heavy words—hunger, humiliation, violence—that are the sad trademark of our fathers’ and grandfathers’ misfortunes. But Marco also told me about how a German family living near the camp helped his father during the imprisonment by providing him with food. He also explained to me how the roles inverted in the last part of the war, during the fall of the Third Reich by the hands of the Allied Forces. In this case, Marco’s father spent his food stamps to buy food for this family, which struggled to find anything while their country was falling apart.

With regard to the book, it is a sort of historic novel that is based on what Marco’s father told him after the war. Despite the fact that he was equally malnourished, Marco’s father was able to survive imprisonment and returned home as well. The origin of the book is curious. After his father passed away, Marco had the chance to attend a creative writing course. The final test consisted of writing a novel. Marco had been thinking for a while to write something about his father’s imprisonment. So he killed two birds with one stone and wrote this book for his test. The book was printed in a limited number of copies and was never distributed officially. This is the reason why it is not purchasable. Although the book is a novel, it contains a lot of true facts about how the prisoners lived in the workcamp. Hopefully it will be a source of valuable information for Paul. Thanks to Marco’s generosity, in fact, one of the few copies left was gifted to Paul who received it at the end of October.

During his wait for the book’s delivery to Canada, I kept exchanging emails with Paul and Marco. Actually, I played the role of the man-in-the-middle as Paul doesn’t speak Italian and Marco doesn’t speak English—I really hope I managed to transmit their words back and forth properly! During this period, Paul discovered the Nazi Forced Labour Documentation Centre. This may be another useful source of information for whoever is trying to find out more details about the people who were imprisoned in these work camps.

Paul, John, and I share the desire to keep alive the memories of the Italian Military Internees who were captured, imprisoned, starved, beaten, humiliated, and in many cases, killed during the Second World War. We feel that this is our moral duty. Hopefully, this post and the previous one will be helpful to other people who share this goal.

In many posts, I have talked about the potential hazards related to the misuse of modern technologies. These articles, however, show how the same technologies also can be powerful tools to work collaboratively with people all over the world; even if the matter of interest refers to events that occurred many decades before our birth.